LERSSE Paper Gets Accepted at MobileHCI 2020

LERSSE paper titled “Is Implicit Authentication on Smartphones Really Popular? On Android Users’ Perception of Smart Lock for Android” has been accepted for publication at the Twenty-Second International Conference on Human-Computer Interaction with Mobile Devices and Services (MobileHCI 2020). The paper will be presented at the virtual conference holding later in the year. 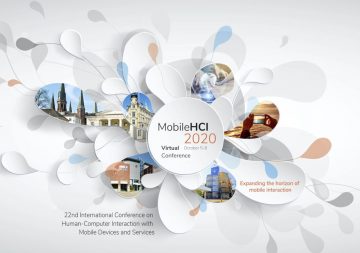 Abstract of the paper: Implicit authentication (IA) on smartphones has gained a lot of attention from the research community over the past decade. IA leverages behavioral and contextual data to identify users without requiring explicit input, and thus can alleviate the burden of smartphone unlocking. The reported studies on users’ perception of IA have painted a very positive picture, showing that more than 60% of their respective participants are interested in adopting IA, should it become available on their devices. These studies, however, have all been done either in lab environments, or with low- to medium-fidelity prototypes, which limits their generalizability and ecological validity. Therefore, the question of “how would smartphone users perceive a commercialized IA scheme in a realistic setting?” remains unanswered. To bridge this knowledge gap, we report on the findings of our qualitative user study (N = 26) and our online survey (N = 343) to understand how Android users perceive Smart Lock (SL). SL is the first and currently only widely-deployed IA scheme for smartphones. We found that SL is not a widely adopted technology, even among those who have an SL-enabled phone and are aware of the existence of the feature. Conversely, we found unclear usefulness, and perceived lack of security, among others, to be major adoption barriers that caused the SL adoption rate to be as low as 13%. To provide a theoretical framework for explaining SL adoption, we propose an extended version of the technology acceptance model (TAM), called SL-TAM, which sheds light on the importance of factors such as perceived security and utility on SL adoption.